Creating A Safe Place From The Storm

When Westport resident and multiple Grammy Award-winning singer and songwriter Michael Bolton was 21, he had released three albums and become a father to his first daughter.

Heady accomplishments, no doubt. Yet he says of a photo in which he’s holding an acoustic guitar and singing to his baby girl “In [the photo] I’m thinking, ‘She doesn’t know I can’t afford our rent.’ I was struggling financially to stay alive.”

Despite his albums for major record labels, which floundered and flopped despite his talent, despite his notorious coif, Michael struggled for years to gain traction in the music industry. Meanwhile, his family grew from one to three daughters. With paychecks cobbled together from gigs and voice lessons, he managed - barely - to forfend eviction.

It wasn’t until his oldest daughter turned 12, he 34, that his song “That’s What Love Is All About” kick-started his rise to contemporary music history. He became the long-locked crooner of pop ballads for which a generation of romantics swoon.

Michael was often invited to parlay his fame into raising funds for causes such as juvenile diabetes and MS. One evening he took a mental “snapshot” of his surroundings: he was performing with Ray Charles and Whitney Houston, seated with Presidents Ford and Reagan. It was in that moment he realized he had the notoriety and fame to raise money not only for his friends’ charities, but also for his personal altruistic objectives. 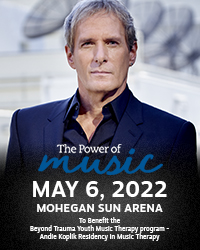