Board of Advisors Spotlight Winter 2022 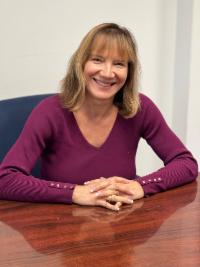 Rita Provatas recognized the need before it was widely known, and has spent much of her career assisting people who often don’t realize they’ve been impacted by domestic violence.

A Connecticut attorney focusing on immigration law, she has skillfully represented immigrants to Connecticut – most frequently youth and women – and assists them in navigating the  U.S. immigration and justice systems so they can pursue employment, live safely and contribute to their communities.  It is no small task, but one that has earned her unwavering dedication for more than two decades, well prior to the heightened national interest in issues of immigration.

A partner in the New London law firm Provatas & McNamara, she joined the Board of Advisors of The Michael Bolton Charities in 2021.  It was a decision driven by a desire to connect   the immigrant youth she works with in her legal practice with the tenets of The MBC’s music therapy program – and an interest in spreading the word about a nonprofit organization that  is making a difference in young lives.  It is a common thread between her legal work and The MBC’s mission.

“These are kids who need support and guidance, so they may have a good home, get back on their feet, and not be afraid to seek assistance,” Provatas explains.  “In many instances, in the countries they’ve come from, their mothers do not recognize that what they’ve been through is domestic violence, because their government and judicial institutions don’t treat it that way.  Only when their children are impacted do they decide to leave.  And those children have already seen and been through unimaginable violence.”

Her many years of frontline experience has demonstrated, time and time again, that domestic violence can, and does, have a devastating impact on children.  That is why the mission of The Michael Bolton Charities, with its focus on victims of domestic violence, including children, resonates so strongly.  And it is why she readily agreed to join the Board of Advisors when asked last year.

“As with children here who have experienced violence in their homes and in their lives, these immigrant children often need counseling, in addition to resources to help them assimilate. Since English is not their first language, they are understandably mistrustful. They often don’t even realize what they have been through is unacceptable behavior and that there is help for them. It is a lot to overcome,” Provatas observes.

After a dozen years with a leading civil litigation law firm in Connecticut, Provatas and Kathleen McNamara formed a new firm, Provatas &McNamara, based in New London in 2005.  She immediately pursued a specialty in immigration law, and it quickly became all-consuming.  Some of the youth that she helps navigate through an array of federal agencies are documented, others are in the process of becoming documented.  Some have followed a sibling to the United States, others are brought here by a distraught mother fleeing violence directed at their child.

Through the years, Provatas has often found herself guiding children through the immigration process, navigating asylum cases, as American law changed and changed again.  She frequently responds to the aftermath of domestic violence, suggesting resources to settle their lives, beyond the courtroom and the justice system. It is as much a passion as a profession.  She also serves on the board of the Hispanic Alliance of Southeastern Connecticut, which, while highlighting Hispanic heritage, plays a role in advancing education, leadership, health, and economic opportunity for youth.

The mother of two boys now in their 20’s, Provatas is a graduate of Bates College and the University of Bridgeport School of Law, and is driven - in her work with immigrant youth often impacted by domestic violence - by a fundamental truth: “no child should ever suffer any kind of treatment like these children.”

She looks forward to a deepening involvement with The Michael Bolton Charities, and adding her expertise to efforts to grow the music therapy program and other initiatives that support those impacted by domestic violence who are fervently seeking a better life.